About > Board of Directors

The Board of directors of the Trustee-Manager consists of the following seven members: 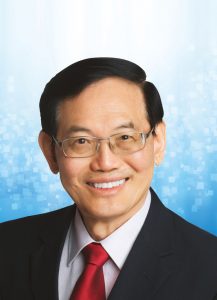 Yong Lum Sung is an independent director and chair of the Board of the Trustee-Manager. He was appointed on 29 April 2013. Mr Yong was formerly the Chief Operating Officer of StarHub Ltd from 2002 to 2006 and President of Singapore Cable Vision Ltd from 1998 to 2002. Since 2007, he has served as a Board member of several companies. Mr Yong holds a Master of Engineering degree from the University of Singapore and a Certified Diploma in Accounting and Finance from the Chartered Association of Certified Accountants, United Kingdom. He has also attended the Advanced Management Program at Harvard Business School. 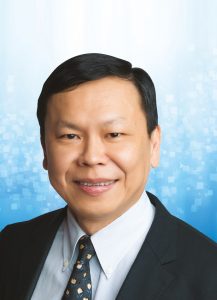 Tan Chung Yaw, Richard is an independent director of the Trustee-Manager. He was appointed on 29 April 2013. Mr Tan is the CEO of TPG Telecom Pte. Ltd. From 2008 to 2018, he held various senior leadership positions in PT Smartfren Telecom Tbk and was primarily responsible for corporate strategy and product development. From 2011 to 2016, Mr Tan also served as the Chairman and an independent director of Polaris Ltd. In 2008, Mr Tan held the post of Director of Commerce at PT Telekomunikasi, Indonesia (“Telkomsel”) where he was responsible for sales and marketing. From 2001 to 2007, Mr Tan was Vice President (Wholesale) at SingTel Ltd., where he was responsible for the wholesale of voice and data products. Mr Tan holds a Bachelor of Engineering in Electrical Engineering (Honours) and Master of Science in Electrical Engineering from the National University of Singapore, as well as a Graduate Certificate in International Arbitration from the National University of Singapore. 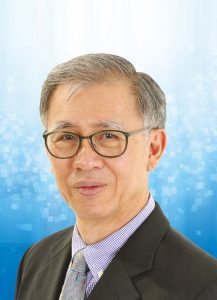 Leong Shin Loong is an independent director of the Trustee-Manager. He was appointed on 29 April 2013. He was an executive officer of New Asurion Singapore Pte. Ltd from 2015 to 2016. From 2011 to 2014, he was Chief Executive Officer of PT Berca Global Access. From 1997 to 2011, Mr Leong was a Vice President at Singtel. From 2002 to 2004 and 2008 to 2011, he was seconded to PT Telkomsel, Indonesia, where he was Director of Commerce responsible for sales and marketing. From 2005 to 2006, he was seconded to AIS, Thailand where he was Executive Vice-Chair responsible for investment monitoring. Mr Leong is also a member of the Singapore Institute of Directors. Mr Leong holds a Bachelor of Science in Electrical and Electronic Engineering from Northwestern University and a Master of Engineering (Computer and Systems Engineering) from Rensselaer Polytechnic Institute. He has also attended the Advanced Management Program at Harvard Business School.

Ong Joo Mien, Joanna is an independent director of the Trustee-Manager. She was appointed on 1 July 2015. From 2010, she started her corporate services business which provides a wide range of finance and management consultancy business to SMEs. From 2002 to 2006, she was the Vice President Finance of StarHub Limited and responsible for all finance matters under a division that managed top major product groups and services including pay-TV, broadband internet, the consumer marketing department and all sales streams within the consumer market. Ms Ong holds a Bachelor of Accountancy from National University of Singapore and is a Chartered Accountant of the Institute of Singapore Chartered Accountants. 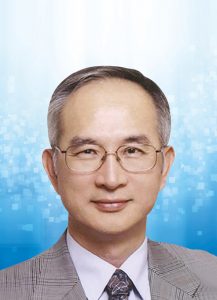 Lu Fang-Ming is a non-executive director and vice-chair of the Board of the Trustee-Manager. He was appointed on 13 April 2017. Mr Lu has been a Corporate Executive Vice President of Hon Hai/Foxconn Technology Group since the intelligent hub and switch products ODM manufacturing company he co-founded was acquired by Hon Hai/Foxconn Technology Group in May 2000. From 2014 to 2021, Mr Lu was the Chairman of Asia Pacific Telecom Group, Taiwan’s fourth largest mobile carrier. Prior to joining Hon Hai/Foxconn Technology Group, Mr Lu was a Vice President and General Manager at Cirrus Logic/Crystal Semiconductor in charge of its Asia Pacific operations. Mr Lu spent the first 20 years of his career at Hewlett Packard Taiwan and Asia Pacific in various positions including Country General Manager of the HP Taiwan Computer System Group and QMS Director of the HP Asia Pacific Test and Measurement Group. Mr Lu obtained his Masters of Applied Physics from Chung-Yuan University, Taiwan, in 1980. 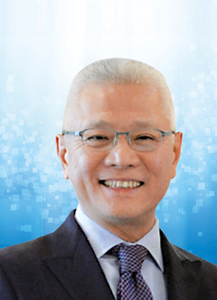 Mr Dai is the chairman of Da Da Digital Convergence Co., Ltd. and the founder of Dafeng TV Ltd. (“Dafeng TV”) – the first publicly traded cable TV provider in Taiwan, which operates in domestic markets including New Taipei City and Kaohsiung City. Between 1996 and 2019, Mr Dai was the chairman of Dafeng TV. Under his stewardship, Dafeng TV obtained its cable television licence in Taiwan, and successfully listed the company on the Taiwan Stock Exchange in 2002. Dafeng TV was an early adopter of Gigabit Passive Optical Networks (GPON) and Fibre-to-the-home (FTTH) network structure. Mr Dai is a substantial unitholder of APTT, through Araedis Investment Pte. Ltd. He holds an Executive MBA from the National University of Singapore. 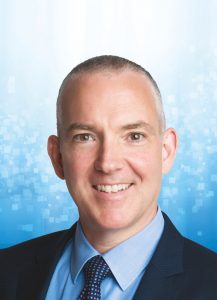 Brian McKinley is an executive director and the Chief Executive Officer (“CEO”) of the Trustee-Manager. He was appointed on 13 April 2017. Prior to his appointment as CEO, Mr McKinley was the Chief Financial Officer of the Trustee-Manager, an office he held since the listing of APTT in May 2013, providing financial and strategic leadership to the company. From 2011 to 2012, Mr McKinley was CFO of Chandler Corporation, a private investment company. From 2009 to 2011, he was CFO of the Banking and Financial Services Group, North America, of Macquarie Group Limited and from 2006 to 2009, he was Head of Finance of Macquarie Group Limited’s infrastructure funds division in Canada. Mr McKinley began his professional career in 1995 with PricewaterhouseCoopers where he worked for a number of years prior to moving to the telecommunications industry and into financial services. Mr McKinley holds a Bachelor of Commerce (High Honours) from Carleton University, Canada and is a Chartered Professional Accountant of the Institute of Chartered Professional Accountants of Ontario, Canada.